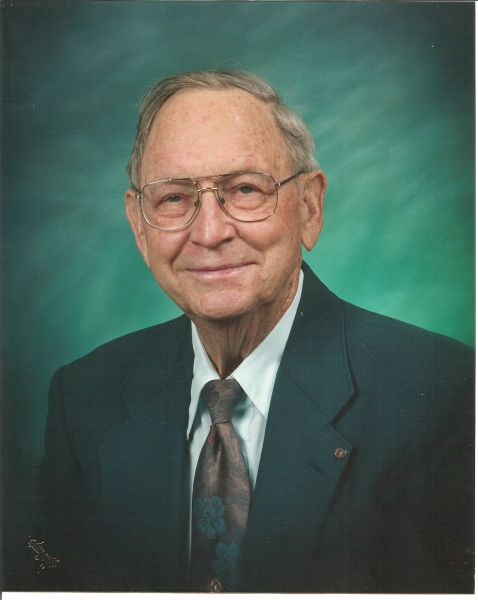 Dr. George Rogler was born in Matfield Green, Kansas on April 5, 1913. He attended and graduated from Kansas State University, where he received a Bachelor of Science degree in Agronomy in 1935. He then went on to marry Vera Thompson in Manhattan, Kansas on March 20, 1936. Dr. Rogler continued his education at the University of Minnesota, where he received a Master of Science degree in plant breeding in 1942.

During the 1930’s, the Northern Plains experienced severe drought conditions that caused devastating wind erosion to land plowed for crop production, and very limited improved grasses were available to reseed these damaged lands. Dr. Rogler moved to North Dakota in 1936 to develop improved grass cultivars for reseeding these eroded areas as a Junior Agronomist.  In addition to his other duties, he was in charge of large-scale field collections of grass seed and was an advisor to government agencies and private landowners, seeding thousands of acres of western North Dakota back to grass following the drought years, where many of these grass stands are still in production today. In July 1937, he assumed responsibility for a full-time grass breeding program with the Division of Forage Crops and Diseases, and in 1941, his duties were extended to include grazing investigations. Dr. Rogler moved progressively through the ranks, becoming an Agronomist in 1946, and later reclassified as a Research Agronomist in 1954.

In 1941, Dr. Rogler defined the effect of grazing intensity on animal production per acre, and on gains per head. His research proved the benefits of spring grazing deferment on livestock gains and range condition.  Another major accomplishment of his was making the initial selections resulting in the release of Rodan western wheatgrass, named in his honor as a contraction of ‘Rogler’ and ‘Mandan.’ Rodan is the only western wheatgrass developed in North Dakota for its unique climate conditions.  Western wheatgrass was then named the North Dakota state grass in 1977. His research took him around the world, including Peru and Brazil and based on his life-long research in North Dakota, he authored and co-authored 90 scientific publications on grass breeding and grassland management.

Dr. Rogler was recognized nationally and internationally as being outstanding in the field of grassland management.  Because of his thorough understanding of both the livestock industry and the grassland resource, he was often called upon to serve in an advisory capacity on livestock and grassland committees. At the state and local level, he has contributed greatly to the betterment of the livestock industry by sharing his research findings with the public and private rangeland managers. As such, Dr. Rogler was awarded an Honorary Doctor of Science Degree by North Dakota State University in 1971.

He and his wife Vera enjoyed dancing, particularly ballroom and square dancing. They have two children, Joan and Susan, both of whom are married; five grandchildren and ten great-grandchildren. After his retirement, the couple traveled extensively to most U.S. states and all continents except Antarctica. Dr. Rogler passed away in 2003, but the many practices and grasses he developed are still being used today, and his research efforts have greatly benefitted North Dakota farmers and ranchers for the past 67 years.