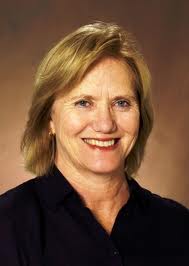 Dr. Marcia McMullen is a retired NDSU Professor and Extension Plant Pathologist / IPM Coordinator.  She earned her doctorate degree in plant pathology at NDSU.  Dr. McMullen was a faculty member of the Plant Pathology Department at NDSU for nearly 30 years.

During her career at NDSU, Dr. McMullen’s research and the information she provided on disease management in wheat and barley was instrumental to the success of farmers in North Dakota and throughout the region.  Dr. McMullen was involved in numerous professional state, regional, and national organizations; including being a member of the Northcentral IPM Stakeholder Committee, the Executive Committee of the US Wheat and Barley Scab Initiative, the Northcentral Wheat Pathologist’s Committee, the Advanced Crop Advisors Committee, and the Policy Committee of Northland Federal Educator’s Credit Union.  Additionally, she was the Chair of the Promotion, Tenure, and Evaluation Committee for the NDSU College of Agriculture.

She has authored or co-authored 10 Book Chapters and Reviews, 25 publications in Refereed Journals, and numerous Extension Publications and Surveys.  Dr. McMullen continues to be engaged in agriculture by editing journal manuscripts for researchers that are attempting to publish their research.  In her spare time, she likes to garden, read, travel, and spend time with her family.  Dr. McMullen resides in Fargo, she is married, has four grown children, one grandson, and one granddaughter.